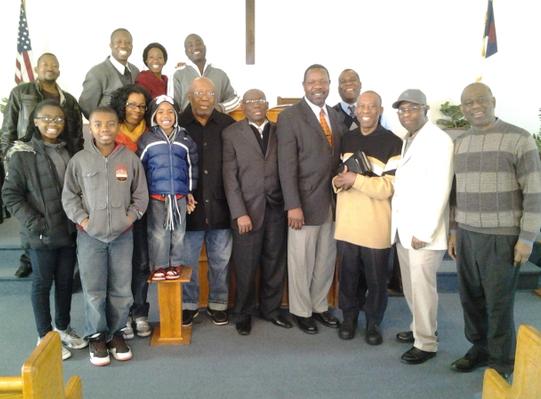 I was called to pastoral ministry in June 2005 while serving as Sunday School secretary at Eglise Baptiste du Calvaire led by Rev. Dr. Jean St-Ulmé in Silver Spring, Maryland. One year later, God called my wife sister Luriane D. Raymond to ministry as well.  I began a personal prayer life in October 2007  and decided to  wait upon the Lord as in Psalm 27:16 "Wait for the Lord; be strong and take heart and wait for the Lord.  In addition,  "He gives strength to the weary and increases the power of the weak. Even youths grow tired and weary, and young men stumble and fall; but those who hope in the Lord will renew their strength.  They will soar on wings like eagles; they will run and not grow weary, they will walk and not be faint." Isaiah 40: 29-31" .  I started a pastoral ministry study in the fall of 2009 and completed my training in the Spring of 2014.  Later that spring, while I was praying and waiting for the Lord to lead us, He  showed us the geographic area where He wants us to serve.   On May 10, 2014, God spoke into my heart while I was in prayer to go to the City of Fredericksburg Stafford/Spotsylvania Counties in Virginia.  Everything happened at the Wal-Mart of Central Park Mall exactly the same way God told me.  I met an Haitian man as The Lord told me and I prayed with him in the parking lot.  My wife and I began to travel to Fredericksburg every second and fourth Saturday of the month.

Later that year, as we were getting ready to move to Fredericksburg, my family met a young Haitian woman named sister Catherine  D. Duclona at the High-Point Wal-Mart.  A few weeks later, on May 18th we met her husband brother Junior Duclona. On that day, we had our first prayer with a Fredericksburg resident in their apartment. After the prayer was over and not knowing the reason we were moving to the area, sister Catherine prophesied by saying "All we need now is a place to start an Haitian church here in Fredericksburg".

After we moved to the area in July 2015, we continued with the prayer at her place. Following Pastor Raymond 40 days of prayer, the Lord instructed him  to extend the payer to other people. Thus, on Saturday, September 12, 2015 we started an evening prayer service and bible study with 38 people in attendance (20 missionaries from Silver Spring, MD and 18 local).  We continued the prayer service at the Bible Institute every Saturday evening. Although attendance fluctuates, but there is a core group of about 17 people who regularly attend the prayer. The Lord begins to move as other people join the group.  As a result, on Sunday, November 1, 2015 Good Shepherd Haitian Alliance Church officially begins a worship service at Lafayette Upper Elementary School at 3 Learning Lane, Fredericksburg, VA 22701, with 44 people in attendance. We still continue to do so at the same address.  We are praying one day that the Lord will take us to the next level, which will be our launching celebration service. 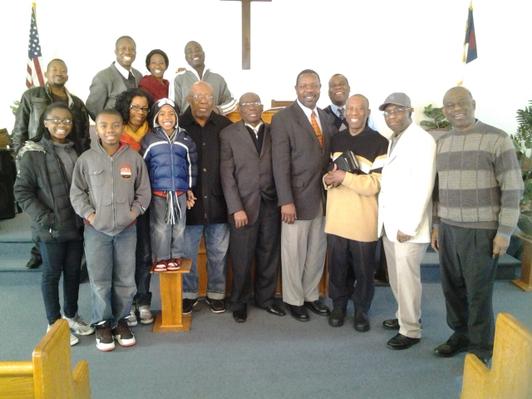 Jesus loves you, He is coming back soon. Are you ready to meet your Savior or your Judge?